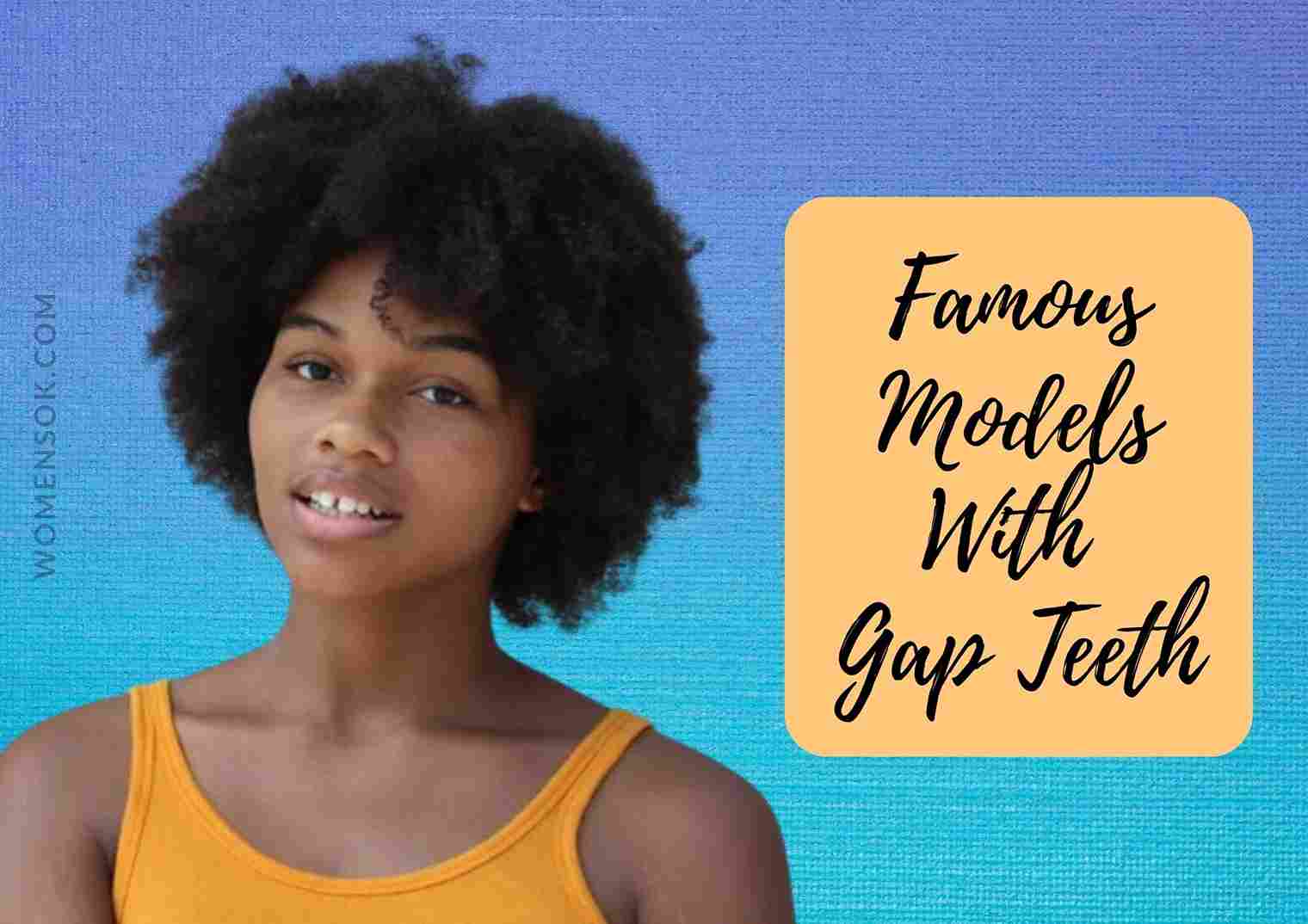 Are you looking for famous gap toothed models? Well, check out this list of top models with gap teeth who have inspired us to embrace our beauty and have broken stereotypes. Read further to know more about it.

We have always heard of models having the most perfect and toned body, smile, and even life.

We’ve never heard of people with crooked smiles or an untoned body making it big in the fashion industry. But, is that even true?

Well, you wouldn’t believe that the fashion industry is actually beyond that. There are models with scars, stretch marks, untoned bodies and even gap toothed smiles who have broken the stereotypes of beauty standards and have proved their worth by embracing how they are.

Who are the famous gap toothed models?

The gap tooth, crooked smiles, untoned body is normalised way back in the industry.

These famous gap toothed models give us a sense of confidence to be ourselves in the constantly changing world and deliver a strong message that says be who you are and let the world know about it.

They’re released themselves from the shackles of unwanted standards.

We should take inspiration from these gap toothed models and be like them, fierce and fearless with whatever may come their way.

If you’re still unable to believe it, let’s find out some of the very famous gap toothed models who have rocked the runway with their perfect imperfections.

Georgia is one of the most famous gap toothed models who is also an English fashion designer.

She is fierce and extremely confident about her looks and has also appeared in many popular magazines like Harper’s Bazaar, and Vogue.

Her brand campaigns with Chanel, Miu Miu and Versace are one of the most recognised works by her.

She’s also been a muse of the jewelry brand, Pandora. Her contract has been signed under Tess Management, London and CAA, New York.

This blonde beauty is now 30 years old in 2022. Georgia has faced a lot of criticism but has shunned them all away with her success stories.

Lara Stone is one of the most famous gap toothed models who is a Dutch and is currently 37 years old. Lara’s very famous Calvin Klein advertisements get her really popular.

There have been times she was commented on for her teeth. People called it extremely white or gapped.

But Lara didn’t stop as she inspired many to get this look through surgeries as well.

Lara Stone is one of the top 10 highest earning fashion models in the world. She has also appeared in many Vogue magazines’ editions.

Lara is one of the most inspiring models who has shown us that beauty is in the eye of the beholder. Her quirk, charm and carelessly beautiful looks is all that we’re here for.

Slick Thompson aka, Slick Woods is a model who has broken all the so called beauty standards. She’s popular for being a social media model or as “Instagirl” who has more than 800k followers on Instagram.

Slick Woods is famous for her Marc Jacobs work as well as works with Rihanna’s Fenty Beauty brand.

Slick Woods is a warrior within who was diagnosed with stage III melanoma but hasn’t given up on her life yet.

She’s one of the most inspirational and famous gap toothed models we’ll ever know. She’s just 25 years old and is a part of CAA agency, LA.

Lauren Hutton is an American and is the most famous gap tooth model of the 70s. Lauren is currently 78 years old in 2022 but her beauty and charm is still the same from where she began as a model.

She had an unbelievable reputation in the industry and people constantly tried to imitate her.

In her early days, Hutton used to cover her gap teeth by applying mortician’s wax but later stopped it and embraced her gapped grin as it is. Her famous gap teeth are now fashionable.

Jessica Hart is an Australian model who is one of the extremely famous gap toothed models. She has also founded her own beauty label called LUMAbeauty.

She is quite upfront about her gapped grin and refuses to work with the clients who don’t like her gap teeth.

She’s also one of the most famous Victoria’s Secret models who has also appeared in Austrian Vogue. Jessica is currently 35 years old but her flawless beauty is not hindered by her age.

She’s one of the most gorgeous models I’ve ever seen walking Victoria’s Secret.

Ashley Smith is constantly compared with Lara Stone on good notes for her beauty.

See also  10 Jeans To Round Out Your Denim Wardrobe

She has appeared on the cover of different magazines like Russh, Elle etc. Growing up, Ashley wanted to fix her gap teeth but never had the money to do so.

Ashley Smith is one of the most famous gap toothed models who has shown the world that beauty is not about having perfect looks but making the imperfect seem like perfect.

Alek Wek is a south Sudanese and British model who has made her place in the most famous gap toothed models.

She’s a model with gap teeth who is black and began her fashion career at 18 years of age in 1995.

Alek Wek is known for her different perception of fashion and beauty. She’s currently 44 years old with unbelievable energy.

Her personal story is truly inspiring how she fled Sudan during the civil war and came to Britain in 1991.

Vanessa Paradis is a female model with gap teeth who is also a singer. She has been a spokesmodel for the luxury brand, Chanel since 1991.

Vanessa Paradis’s beauty and confidence has always been beyond her imperfections.

She’s a French model with gap in teeth who has also been an actor. Vanessa is really not insecure about her gap teeth and rather embraces it gracefully.

Another American model who is renowned for her works with Victoria’s Secret is Lily Aldridge.

She was a Victoria’s Secret angel for about 8-9 years from 2010 to 2018. Lily has appeared in the Sports illustrated swimsuit issue as well.

Lily is one of the most famous gap toothed models who loves her teeth how it is and doesn’t need the photographers to edit her teeth and make it look perfect.

Lily Aldridge’s works speak a lot about her beauty, bold nature and confidence.

Lindsey Wixson is one of the famous gap toothed models who’s known for her big and rosy lips with gap in between the teeth.

Her works with Chanel, Miu Miu, Versace, Jill Stuart are amongst the most famous ones.

She has also appeared in Vogue magazine covers. This blonde beauty revealed how tough it was for her initially to have gap teeth where she was teased for her smile but later became her strongest weapon.

Lindsey is definitely confident, beautiful and brave about herself.

Lili Sumner is a model from New Zealand who’s based out in NYC ever since she started her modelling career. She defines beauty as a charm and has never found her interest in physical beauty.

See also  5 Trendy Jumpsuits Every Stylish Woman Should Own

Growing up Sumner never had a problem with her teeth except for once when she felt a little embarrassed but she’s glad she never went to fix it.

She dsays that her gap teeth is her selling point and she’s really glad about it.

Is there any Victoria secret’s model with gap teeth?

Yes! There are several Victoria’s Secret models that have gap teeth. These include Lily Aldridge, Vanessa Paradis, and Abbey Lee Kershaw.

Why are models with gap teeth popular?

Models with gap teeth are popular because they often embody the “perfect” look. They have high cheekbones and a thin nose, which gives them an angelic appearance. Additionally, their tooth shape is generally symmetrical and attractive. This makes it easy for photographers to create natural-looking shots of them that emphasize their features rather than focusing on the missing teeth.
In addition to being aesthetically pleasing, models with gap teeth also tend to stand out which means the photograph with the model is more likely to embed itself in your head.

Who is the most famous gap toothed model?

There are various gap toothed models but the most famous one is definitely Georgia May Jagger for her bold and fearless look who has redefined beauty standards.

Georgia is an English fashion designer as well as a model. She is fierce and extremely confident about her looks and has also appeared in many popular magazines like Harper’s Bazaar, and Vogue. Her brand campaigns with Chanel, Miu Miu and Versace are one of the most recognised works by her. She’s also been a muse of the jewelry brand, Pandora. Her contract has been signed under Tess Management, London and CAA, New York. This blonde beauty is now 30 years old in 2022. Georgia has faced a lot of criticism but has shunned them all away with her success stories.

Beauty is not defined by having a perfect body, lips, teeth or style.

It’s defined by the confidence you have in yourself to carry those imperfections and make it look perfect.

These beautiful and extremely famous gap toothed models have proved this audibly with their walks.

Beauty standards are a myth and so are stereotypes. Break them and work upon you to get better everyday.

Hope these famous gap toothed models built some great confidence in you and made you a little less judgemental about the beauty standards.

The end of the year is marked with great pomp and joy. As the year comes to the end, the festivity increases all around the world with Christmas and New Year’s around the corner. The streets are filled with people and decorations and the week long celebrations are a treat to the close of the… 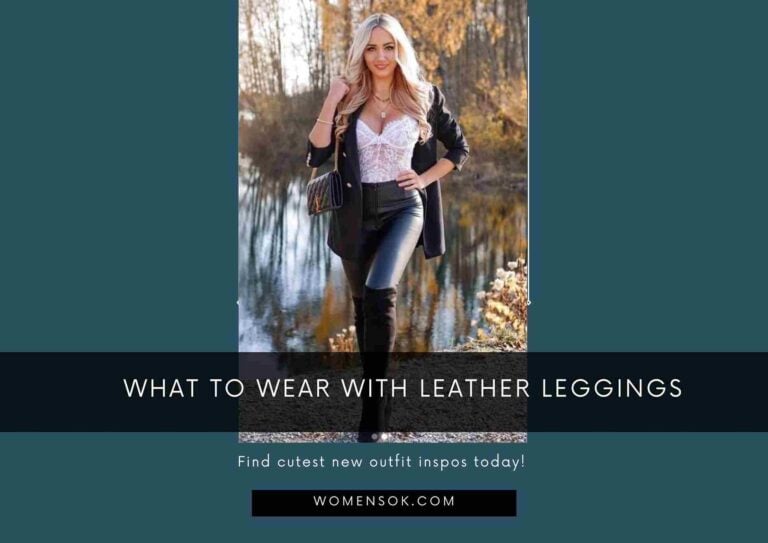 Are you looking for what to wear with leather leggings? Well, check this out and find a perfect outfit to pair your leather leggings with.  A pair of leather leggings can solve half of your fashion crisis! And you will see I am right.  It’s not just the powerful style it has but the comfort…

After hectic work of a whole week you must want to take rest in weekend. It is time for leisure activities to remove the stress of the work. Also you can go for brunch with your friends. To go to the brunch you will have to dress up properly. Your outfit must not be formal;…

Stripes is one perennial staple that makes for a ravishing ensemble to attain harmony and balance from head to toe. The perfect striped dress is the one that accentuates your most stunning assets and flatters your figure and shape. Have a look at the following stripes for your body type. Here Are The 8 Striped… 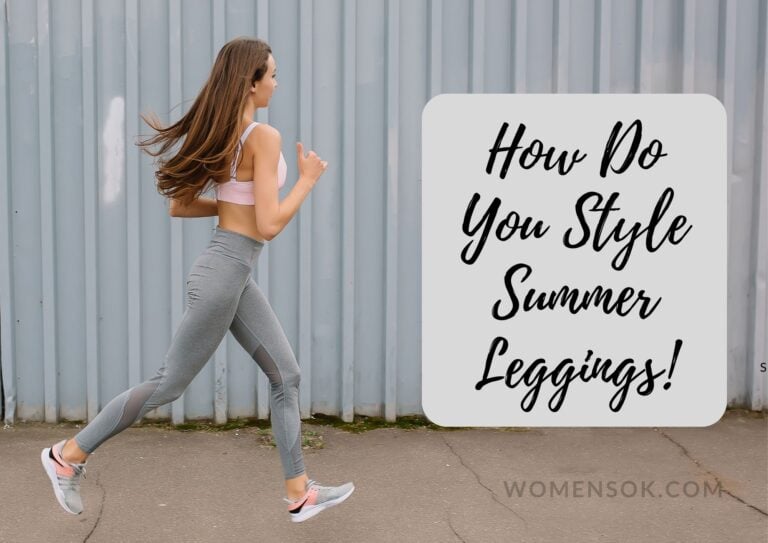 Are you looking for what to wear with leggings in the summer? Search no more, here are some perfect outfit recommendations that will make a great combo with summer leggings. Check out! It’s leggings season which also means ‘hello summer’.  Leggings have started to become a fashion statement all over the world and have brought…

Chambray shirts are one of the amazing shirts that are so versatile and cute. These shirts can be dressed in different kinds of styles. This fabric can be worn in any season as well. In such a way, chambray shirts are offering utmost comfort to the fashion lovers. In fact, this is one of the…