Are you looking for famous guess models? Well, check out this list of top Guess models who are the brand’s face of all times from Claudia Schiffer to Ireland Baldwin. Read further to know more about them.

Guess is a luxury American clothing brand based in Los Angeles, California. It retails not only clothes but have extended their hands towards accessories like watches, jewellery, perfumes, bags etc. It’s for both men and women.

Guess is all about that extra sensuality with confidence in minimalistic charm. Guess girls are known for their confidence and hotness and beauty. Guess commercials are attractive and have a great impact on the viewers.

Who are the famous guess models?

Guess has always picked the best models for it’s commercials and billboards since the 1980s like Anna Nicole Smith, Drew Barrymore to Ireland Baldwin now! So many famous Guess models have been a part of other brand’s campaigns like Victoria’s Secret, Carl’s Jr burger campaign etc.

These Guess girls are really rocking the advertisement and have been amongst the best models around the globe of all times. They are a perfect blend of confidence, passionate, sexy and beautiful and won’t leave any chance to get appreciated.

Without further ado, let’s find out some of the most famous Guess models below from the earlier times till date to renaissance the history of Guess fashion. Check out the hottest and the sexiest models of Guess here.

Anna Nicole Smith is one of the very well known models of Guess, H&M, Heatherette and Lane Bryant and many other brands. She was very famous in the 1980s and was first seen through Playboy magazine. She passed away in 2007 in Florida, United States.

Anna Nicole Smith was picked in the place of Claudia Schiffer in 1993. She had a great personality that was a perfect fit to the brand, Guess. Her aesthetics matched the brand and she flawlessly campaigned for many years until she finally had to leave.

Anna Nicole Smith faced a lot of turbulence in her life because of drug abuse and lawsuits. She has also won the title of “Playmate of the Year” in 1993.

Claudia Schiffer is one of the most famous Guess models of all times as she was only nineteen when she modelled for Guess for the very first time.

Claudia Schiffer started her career with Guess in 1989 and has been one of the best faces of the brand ever since.

Claudia was famous for her blonde hair, amazing curves as well as her worthy sensual stare. Her body and personality was undeniably charismatic and she reflected a very cool yet sexy vibe.

Claudia is otherwise a German supermodel, fashion designer as well as an actress.

She is currently 51 years old in 2021 and is based in the United States. Her modelling career with Guess is extremely remarkable.

Laetitia Casta is a French femme models very famous for her modelling works with Victoria Secret. Apparently, Casta was also one of the shortest runway models of her time.

In 1993, Laetitia became a Guess girl along with Ann Smith and has rocked her style for the brand.

Laetitia has been in the cover of numerous magazines and has modelled for a lot of luxury brands that got her great recognition like Chanel, L’oreal, Dio etc. Her modelling career with Guess and Victoria’s Secret is however the most famous ones.

Laetitia was picked to be the Goddess of Liberty in the French Republic, the highest recognition for a woman in France. She was undoubtedly one of the most famous Guess models of all times for her sultriness and charming personality.

Alessandra Ambrosio is a Brazilian model that became a renowned Guess model just at the age of nineteen. She also became one of the top Victoria’s Secret Angels after her 2000’s Guess campaign.

Ambrosio’s beauty and sultry stare is what won hearts of many during her time with Guess as well as Victoria’s Secret. Apart from being a model, Alessandra is also a business woman, TV personality and a fashion designer.

Alessandra is now 40 years old in 2021 and has been a very famous Guess jeans model of all times.

Drew Barrymore is an American actress as well as a fashion model who has rocked the fashion campaigns of Guess brand. She was one of the top Guess girls in 1993 with a dark and grungy attitude.

Her Guess Originals x Pleasures capsules gained her great popularity and made her to be one of the most famous Guess models. She reflected vintage vibes with modern silhouettes that reflected her personality very well.

Drew Barrymore’s Guess campaign was all about the printed icon in the 90s. She is currently 46 years old in 2021 and is based in California.

Kate Upton is definitely one of the finest and the most famous Guess models that has ever campaigned for the brand. Kate campaigned for Guess for it’s mainline as well as accessories in 2011 for it’s spring collection.

Kate rocked her jewelled up look with her seemingly magical glare in red lipstick and blonde hair. She later revealed that Guess executive and co-founder Paul Marciano sexually harassed her by groping when she was only 18. This led to Paul’s resignation from the brand right after.

Kate also featured in Carl’s Jr commercials which was another reason that got her so much recognition. She’s currently 29 years old and is an American model and actress who has appeared in several Swimsuit Issues.

Adriana Lima is a famous Brazilian model and is best known for being one of the Victoria’s Secret Angels. She joined as one of the Guess girls in the 2000 and took her brand’s campaign to the next level.

Her blue eyes, beautifully tanned body and a glamorous gaze is what makes her a Brazilian bombshell worthy to be campaigning for such an amazing Guess’s fall collection of 2000. Adriana Lima is apparently the best friend of Guess’s model Alessandra who’s also Brazilian.

Adriana Lima’s Guess campaign with Chris Oprysk for Guess hit the air and made her one of the extremely famous Guess models.

Camila Cabello who is a Cuban-American singer and a songwriter also ventured in modelling with Guess. She killed her look with Guess Jeans’ Fall collection look in 2017. She joined the Guess models list with a male model named Alex Dellisola.

Her roadside campaign looked gorgeous in her messy hair, shiny lips and sexy glare. Camila has gained a lot of success after her song Senorita released with Shawn Mandes. She’s one of the very famous Guess models in the female category of all time. Camila Cabello is a beautiful Guess model of the recent times.

Ireland Eliesse Baldwin is an American model and an actress who starred in films like Grudge Match. She’s known for her beauty and for being a blonde bombshell with beautiful curves. She’s the cousin of Hailey Baldwin who has also once been a Guess model.

Ireland Baldwin was a part of Guess accessories Spring collection of 2018 when she was 22 years old. She looked unbelievably gorgeous in her Guess look. Her ice blue eyes and 5’11 height is what catches everyone’s eyes.

Ireland Baldwin was really honoured and excited about being a Guess girl as it was one of her dreams that came true. She’s currently 25 years old based out in LA California. This model has faced a long history of body shaming and has slammed it all up with her career’s success.

Who is the most famous Guess Model?

There are so many Guess girls who have made their place in the brand by bringing in eye-catching commercials but the most famous is Claudia Schiffer for her elegance, beauty and sultriness.

Claudia Schiffer is a famous Guess model as she was only nineteen when she modelled for Guess for the very first time. Claudia Schiffer started her career with Guess in 1989 and has been one of the best faces of the brand. Claudia was famous for her blonde hair, amazing curves as well as her worthy sensual stare. Her body and personality was undeniably charismatic and she reflected a very cool yet sexy vibe. Claudia is otherwise a German supermodel, fashion designer as well as an actress.She is currently 51 years old in 2021 and is based in the United States.

Who were The Guess models?

Who was the famous Guess model?

Anna Nicole Smith was the most famous Guess model of all time. She came into mainstream media when her GUESS modelling campaigns caught global attention.

Who was the original Guess girl?

Claudia Schiffer can be considered as the original Guess girl as she first modeled for GUESS back in 1989 when she was only 19 years old.

The Most Renowned GUESS? Girls

Guess models better known as “Guess Girls” are extremely beautiful with a charismatic personality, sultry glare and amazing curves. They’ve always made the brand stand out from the other luxury brands. These models have flawlessly portrayed each collection of Guess gorgeously.

Hope you had a fun time knowing about the most famous Guess models of all times. Cheers!

Shoes are a girl’s best friend much alike their love for diamonds at any given day and what best to splurge a little bit on the various kinds of shapes available than keeping the money secured in the bank account! With the designer shoe brands coming out with their latest summer or spring collection for… 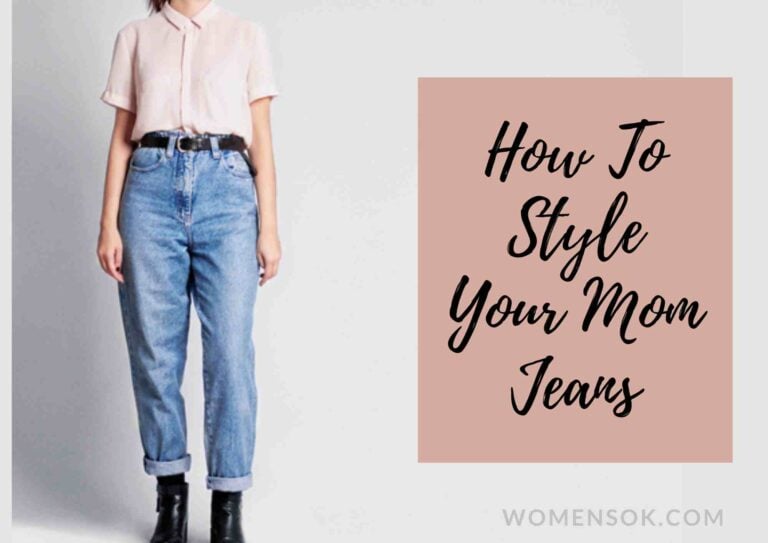 Are you looking for what to wear with mom jeans? Check out some cool fashionable pairs you can pull out if you own a pair of mom jeans. Read further for more details. Mom jeans were a trend in the 90s and are back in fashion after quite some time. However, in the history of…

Are you looking for the best Shein dresses? Check out here, a curated list of Shein’s best-selling dresses that will make you look gorgeous and fetch you a lot of compliments for it. Read further to find out more about it.  It’s summer and it’s time to dress pretty. I’m sure you must be looking…

Contemplating a hime cut hairstyle? Here are the most stylish hime cut hairstyle for women! Check it out! Hime cut is better known as the Japanese haircut. It is also popular as the Princess cut in Japan and all over the world. Like the name this hairstyle came from the majestic court during the Heian…

Women in the present context are confident, respective, and beautiful and what not, women are meant for appreciations. Women become more and more confident when she gives utmost importance to look better. And when this happens, women can really get rid of the problem of insecurity. Looking better and better every day is the ‘secret’…