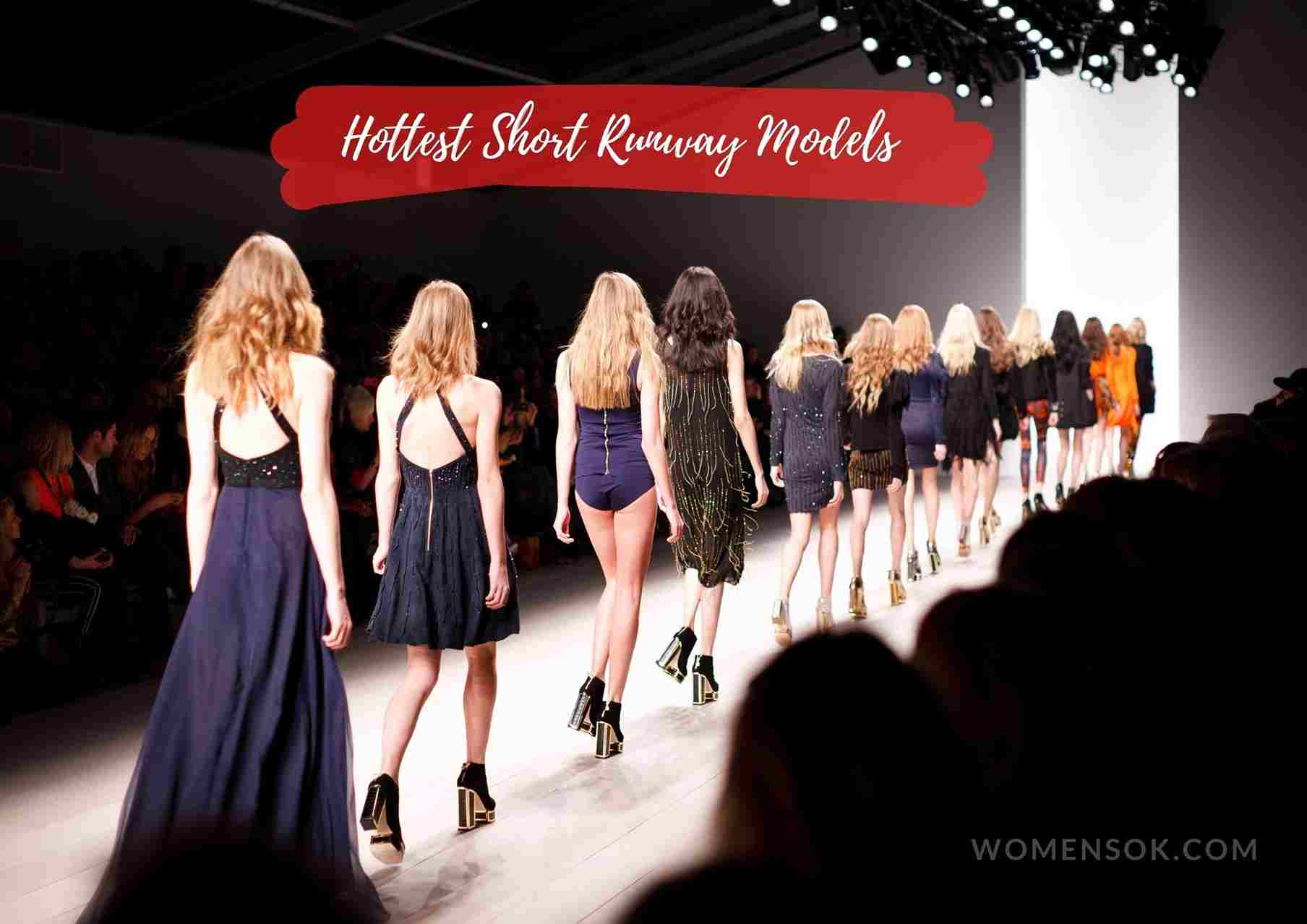 Are you looking for the shortest runway models who have stolen the show? Well, check out here to know about the petite models who’ve rocked the runway. Read further to know more about it.

Models are often thought to be people with tall height and lean bodies. No one’s bothered to be a model if there’s anything below 5’7 especially girls.

However, this notice is long gone in the past as we’ve seen so many short models in recent times rocking the show.

The fashion industry now has rapidly been changing and the notion of fashion, style and modeling is not only limited to tall and lean baddies.

It has come more and more inclusive as the plus size modelling is also greatly represented in recent times.

Who are the shortest runway models?

Who is the shortest runway model?

There are many short runway models but the shortest one is Amina Blu.

Amina Blu is a Pakistani-German model with a height of 5’1. She has appeared in New York Fashion Week several times and also has walked for Kanye West. The model is currently 28 years old. She was a showstopper at West’s Yeezy Season 1 and has risen to fame after that.

Well, have you heard about the shortest runway models yet? Because they’re very well-known in thier modelling career.

Yes, some of the most known models themselves are short-heighted and are performing their best on the glam carpet.

I’m very short myself due to which I initially restricted myself to pursue a modelling career as I was greatly interested in it.

Recently, my myth busted when I was in a conversation with one of the most renowned fashion designers in my city who enlightened me about it.

Modeling needs confidence, styling, sense of fashion and passion. If you have all that you’re in for a massive success in your career.

Height doesn’t determine any of it. So go ahead with what you’d love to do.

Without further ado, let’s discuss some of the shortest runway models who are made it huge today!

Cara Delevigne is one of the most famous amongst shortest runway models in the world. She won Model of the Year awards in 2012 and 2014 at the British Fashion Awards. Cara is currently 29 years old and her height is somewhere between 5’8 and 5’9.

Cara Delevigne is extremely talented and has a charming personality which makes her one of the perfect runway models. She left school in 2009 and signed up with Storm Management. Cara has modeled for brands like Victoria’s Secret, Fendi, Chanel and many more.

Devon Aoki has been one of the shortest runway models who’s been a face of so many brands like Versace, Moschino, Chanel and a lot more. Devon has been rocking in her career since the 90s and is currently 39 years old.

Aoki is a model turned actress who has featured in girls like Fast and Furious, Sin City as well as Dead or Alive. She’s half Japanese and half American.

She started her career at the age of 14 and was found by Kate Moss. Devon Aoki’s height is 5’5 and yet she’s one of the best models in the world.

Kate Moss’s height is about 5’7 and yet, she ruled all the runways she was a part of. Her most famous work was with Calvin Klein that got into the fashion limelight. Her daughter Lila is also entering modelling world now. Kate is one of the shortest runway models, who rocked it.

Hailey is among the well-known and the shortest runway models in the world. This runway model’s height is 5’7 and has a great friendship with the Jenners and the Hadids. She is the face of Loreal Professionals currently.

Hailey has signed up with IMG for many luxury brands like D&G, Off-white, Tommy Hilfiger, Elie Saab, Prabal Gurung and a lot more. Hailey Baldwin has also campaigned for brands like Tommy Jeans, UGG, Guess etc.

Although Hailey is amongst the shortest runway models in the world, she’s also extremely. She was initially a ballet dancer. Hailey Baldwin is now married to Justin bieber.

Lily Rose-Depp is the daughter of Johnny Depp and is a French-American actress and a model. She is amongst the shortest runway models whose height is about 5’3 only. She has featured in various campaigns of beauty and eyewear at a very young age.

See also  7 Interesting Cape Dresses For You This Season

She is an ambassador for the luxury brand Chanel and has gained a lot of popularity through it. Lily had made her debut from a small role in the movie “Tusk”. Her current net worth is about $1 million in 2021. Lily’s elegance and beauty is everything that makes her one of the best and the shortest runway models.

Sara Sampaio is one of the shortest runway models with a graceful beauty. Her height is about 5’8. She’s most known for her works as a Victoria’s Secret Angel and the beauty ambassador of Georgio Armani. Sara is now 30 years old and has achieved a lot in her days.

Sara Sampaio initially won a hair modelling contest in Portugal at just 16 and that led to the rise in her career as a model. Sara has been in the covers of all famous magazines like Vogue, GQ, Harper’s Bazaar, Elle and a lot more. She is very talented and has a charismatic personality.

Laetitia Casta is the shortest Victoria’s Secret model who is 5’7. She has walked and campaigned for a lot of luxury brands like Roberto Cavalli, Louis Vuitton and a lot more. She is also a French actress who became the Guess Girl in 1993.

Laetitia Casta has also been L’oreal Paris’s brand ambassador since 1998. She is currently 43 years old. She is one of the shortest runway models from Victoria’s Secret that ever walked a runway.

Amina Blu is the shortest model with 5’1 height who is super talented and confident. She has appeared in New York Fashion Week several times and also has walked for Kanye West. Amina is a Pakistani German by origins. She’s one of the shortest runway models.

Anima is often ridiculed for her petite figure but she never gave up. The model is currently 28 years old. She was a showstopper at West’s Yeezy Season 1 and has risen to fame after that. Amina is one of the shortest runway models in history.

Dame Lesley Lawson DBE is nicknamed as Twiggy who was the British cultural icon in the 60s in London. Twiggy is now 71 years old. Twiggy was known for her androgynous looks and revolutionised the fashion world of the early times.

Twiggy gained international popularity by being on the cover of Vogue Magazine. Twiggy retired in 1970. She was one of the shortest runway models who changed the face of fashion as well as modelling. She is still a star and icon for the fashion industry.

Emily Ratakowski is an American model born in London, UK. She is one of the shortest runway models with height 5’7. Emily appeared in one of the errotic magazine covers in March 2012 for the first time.

Emily was also a part of the controversial music video called Blurred Lines. She has signed up with DNA Management Agency and has modeled for brands like Marc Jacob, DKNY, MiuMiu etc. Emily Ratakowski is one of the shortest runway models who’s extremely passionate.

Anja Konstantinova is amongst the 5’4 models who have made it big in the fashion industry. She rose to her peak in Sydney after signing up with IMG Models Sydney, Elite Model Management in Paris and Marilyn’s Agency in New York.

Who is the shortest runway model ever?

Amina Blu is the shortest runway model in history. She’s actually 5 feet 1. Yes you read that right. She’s just an inch more than 5 feet. As a petite woman she’s had considerable success in the fashion world. The German-Pakistani origin model has walked the runway for Yeezy, Chanel and more.

Why not? There are several factors that go into making a good model. A great physique, screen presence, personality and style. So if you’ve got all of these height shouldn’t matter so much these days. There are models like Amina Blue (5’1) and Cara Delevigne (5’4) are all the rage right now. So it’s totally possible.

Traditionally, this height (5’7″) is considered the cut off limit for height for models. However things are changing nowadays shorter models are making their mark in the fashion world too. But if you’re 5 feet 7 you are still in the safe zone and can easily get in.

There are many short runway models in the world who are confident, passionate and have a charismatic personality.

They’ve never let their heights bother them and have beautifully performed in runways and have also been a part of various magazine covers.

These models have inspired so many young ladies to fearlessly walk and rock the runway and not let their insecurities be any issue.

Hope this list of the shortest runway models helped you find out the most elegant beauties of the fashion industry. 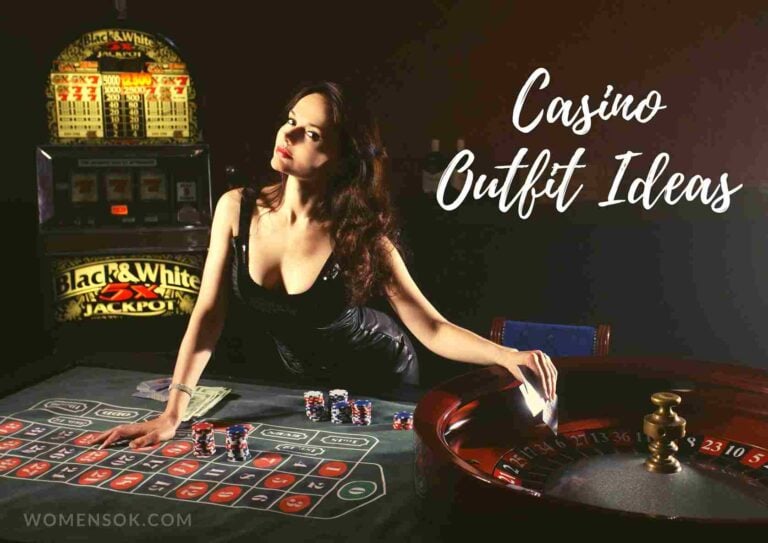 Going to the casino can be such a fun experience, but the important question remains, “what to wear on a night out in a casino?” I understand how finding the right attire can be confusing, because check out those Bond movies and you see men and women dressed in perfect black tie with diamonds dripping,…

Going back to school is fun- getting to meet some old friends, getting to make some new friends. What’s even more exciting are cute back to school outfits. I mean, isn’t it awesome? You get to plan a whole new wardrobe, clothes, shoes, accessories and all. All you need to do is choose from the…

We all want a good growth of the hair and we have the different types of the hair. Straight hair is loved by most of the women, because it suits on every occasion, if you are a working professional then you can manage it easily and also you can try many different styles of the… 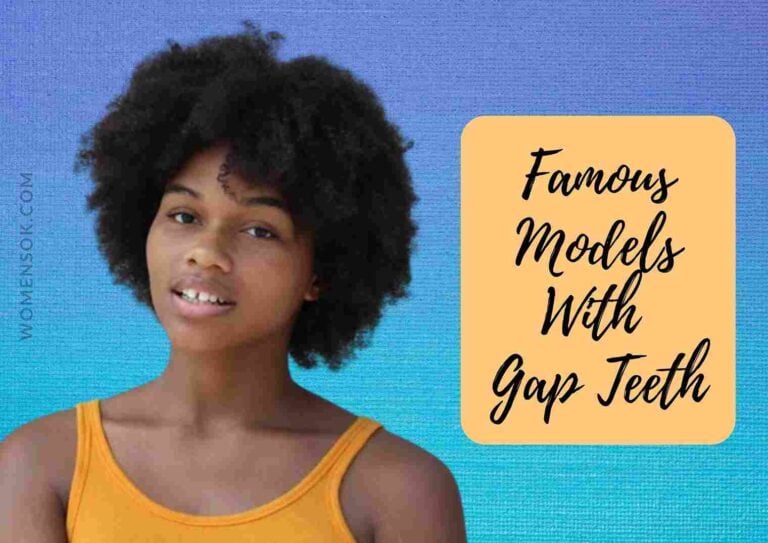 Are you looking for famous gap toothed models? Well, check out this list of top models with gap teeth who have inspired us to embrace our beauty and have broken stereotypes. Read further to know more about it.  We have always heard of models having the most perfect and toned body, smile, and even life….

It is the dream of every woman to have a great height as they all go by the tall and pretty notion. A woman with a great height also increases their confidence, as the world doesn’t see them differently. There are various techniques to increase the heights and one of the most common is by…